Acquiring land and properties for development is a prime factor in Adams & Styles’ continued growth and success. As a privately-owned and funded company, we have a distinct advantage due to our in house construction experts and interior design team

Our comprehensive Property Management service is designed to give you peace of mind and relieve you of the commitment of being a full-time landlord, which is why we look after over 250 properties on behalf of clients

Whether you are an applicant looking to rent, letting your own home or commercial premises, investing in your first buy-to-let property or a professional landlord with a large portfolio, we will provide you with an excellent renting and letting service 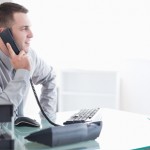 Agency telephone answering service Moneypenny says Christmas 2016 is set to be busy if it follows the pattern of the previous festive season.

The firm handles over 1.2m telephone calls a year on behalf of estate and letting agents across the UK. Its busiest day last Christmas was Tuesday, December 29 – which was the first working day following the Bank Holidays – which saw 63 per cent more calls than the average Tuesday in December.

This was followed by Wednesday, December 30 which experienced a 34 per cent increase in calls when compared to the average Wednesday that month.

Calls handled by the firm last December remained steady right up until Christmas Eve with little drop off from the company’s average daily call volumes for the final month of the year.

“This is a pattern we’re now seeing on an annual basis. Last year was further fuelled by major advertising campaigns from Rightmove and Zoopla, not to mention the horrendous weather much of the country saw” says Samantha Jones, Moneypenny’s property commercial manager.Enquiries to property receptionists working on behalf of agents in Yorkshire and the Humber, for instance – one of the areas worst affected by the adverse weather this time last year – rose by 72 per cent on Tuesday December 29 in comparison to Thursday December 24.

Lettings, unsurprisingly, accounted for the bulk of these calls with a 200 per cent increase on Tuesday December 29.

The study by Moneypenny also looked at calls on Monday, January 4 this year – sometimes dubbed ‘Divorce Day’ as relationships become strained over the holiday season.

January 4 saw a 54 per cent rise in calls regarding lettings in comparison to the average three Mondays in December. 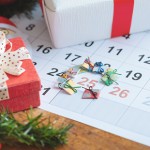 Today we mark the start of Christmas week with a fabulously festive Mannequin Challenge (that’s how it starts off, anyway) and a cheerfully cheesy Jumper display.

There are still a few days for your agency to show off its Santa outfits, decorations and tinsel-topped windows – do please email your pics to press@estateagenttoday.co.uk.

So first off this week a big thanks to Isabelle Thompson at Connells Group for sending us some images of Barnard Marcus staff at their annual Christmas Jumper Day, in aid of Sequence’s chosen charity, CLIC Sargent.